Shot cottons are amazing. They are a type of weave that read as a solid. They are woven using two different colors of thread along the warp and along the weft. When you weave the different colors it gives a radiance to the fabric like nothing else. The fabric changes as you move, and as it moves. It doesn’t change color, rather, it changes the intensity and the appearance ever so slightly but in a beautiful way. It’s one of those magical things that you just have to see.

So many quilters, modern quilters especially, sew with solids for their dramatic effect. I would suggest trying to use a shot cotton. The effect is also dramatic, but it softens as well. The feel of the fabric is much different than a solid.

Shots can also be made out of silk fibers and other fibers as well.

Here are some of the Peppered Cottons from Studio e.

This one is called Green Tea. Isn’t it amazing?

Pink Carnation is made with a red thread and a white thread. It’s so beautiful.

Ah, bluebell. It’s one of my favorites. Any of these would be equally at home in a garment or a quilt, and bluebell especially so.

Begonia leaf is a green combined with a brown, and it’s stunning. It’s the perfect blender for an amazing number of fabrics.

Atomic Tangerine is a combination of a bright pink thread and a yellow thread. It has an amazing appearance depending on what it is paired with.

These are just a few of the many different shot cottons from Studio e Fabrics. If you don’t know where to find them, call your local quilt shop and ask. Ask them to order them for the shop. They won’t be sorry that they did. It’s amazing how well they go with so many fabrics, and just by themselves as you can see from this quilt. 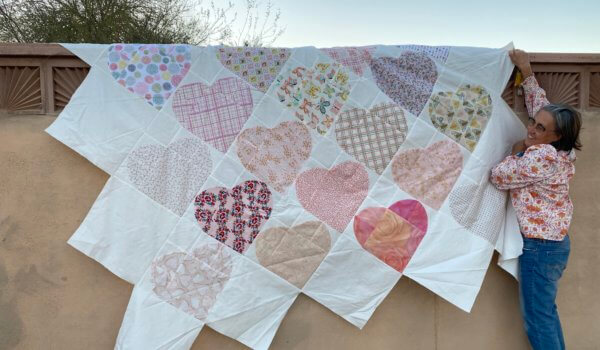 So, why did she leave those points?

I have a point to make. It's a very important point. We all go to quilt shows (well, pre-Covid we … END_OF_DOCUMENT_TOKEN_TO_BE_REPLACED 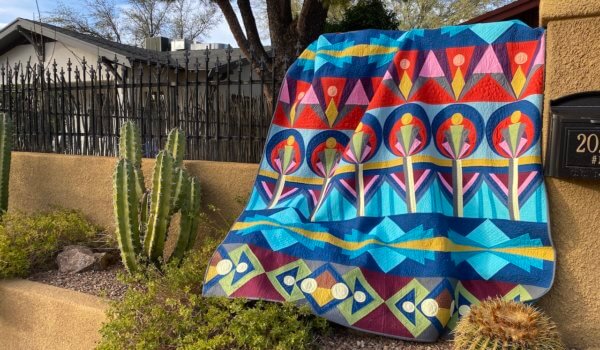 So, I bet you're wondering how this will all unfold? Well, it will unfold as a block of the month. … END_OF_DOCUMENT_TOKEN_TO_BE_REPLACED

What are Shot Cottons?

Shot cottons are amazing. They are a type of weave that read as a solid. They are woven using two … END_OF_DOCUMENT_TOKEN_TO_BE_REPLACED